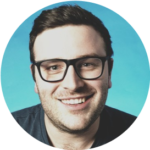 Richard Smith is the Co-Founder and Head of Sales at Refract, software which enables sales leaders to rewind their conversations, and see how, and where their deals are won and lost. Refract now champions companies including Zoopla and Three.

Richard continues to further scale Refract, developing new SDRs and BDMs, and is responsible for the hiring, on-boarding and coaching of future sales leaders, in addition to overseeing revenue goals.