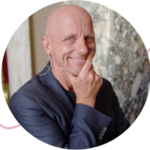 Jacco is the founder of Winning by Design, a firm that designs, builds and scales modern sales organisations.

With unmatched energy and passion for sales, Jacco has helped hundreds of SaaS companies since he founded Winning by Design in 2012. The best practices developed by Winning by Design are being regarded as the gold standard for SaaS teams. The findings were published in the SaaS industry insider book Blueprints for a SaaS Sales Organization and Jacco’s LinkedIn blog is followed by thousands of sales leaders and CEOs across the SaaS, Mobile and Media & Entertainment industries.

In his personal life, Jacco loves to spend time with his family. He is a former triathlete, a sailor, and builder of a backyard pirate ship.